On acquiring 3D models of people

For my Master’s degree thesis, I dove into acquiring static objects with a RGBD sensor. Eventually, I decided to use the Kinect Fusion algorithm, which produced decent results.

I found this topic fascinating, so I continued on my own, but in another direction: acquiring people. So, in the last few months, I have been experimenting with scanning myself and my friends with a Microsoft Kinect One.

Conditioned by my previous results, initially, I tried with point clouds.

One approach I found in several papers consists in:

Reaching point 3 is not trivial because people move. ICP can be very unforgiving, and in some cases, you also need some luck to obtain good results at this stage.

For downsampling (Point 4), I used Open3D’s voxelization followed by averaging point coordinates. I do not know how this can influence the final results compared to something like a clustering algorithm. … [Leggi il resto]

Recently I started digital sculpting, and I immediately realized that the mouse is not the best tool for this scope. As any tutorial will tell you, a drawing tablet will make you much faster and much more precise.

I do not have one, but I have a Microsoft Surface Pro and a Surface Pen. However, it is the base, not-so-powerful model: it has just a Core M3 and 4GB of RAM. It was enough to study at University, but, sadly, I cannot even think of running a 3D editor in it.

Initially, I tried Weylus, a program that allows you to control a machine (my Linux desktop, in my case) through a web browser from any device with a stylus. Being web-based, it works on any device, including iPads, and it even mirrors the screen.

However, it did not play well with the barrel button of my pen. And that button is critical for a lot of workflows.

Therefore, I decided to write my own software to do so: NetStylus.

The Win32 API for tablets

I discovered that Microsoft has liked pen input methods for years: they started the Tablet PC thing with Windows XP, before 2005!

They have several APIs and functionality, but we are interested in the one that sits at the beginning of the chain: the Real-Time Stylus interface. … [Leggi il resto]

Picking voxels on the Open3D visualizer

While working on my M.S. thesis, I got to know Open3D. To me, it is basically the Swiss army knife for 3D data acquired from reality.

It offers implementations of performant algorithms, Python support to quickly change your scripts or adjust parameters to improve your results, and a visualizer to see them.

Unfortunately, this very visualizer is not very interactive. Often, I would like to pick objects in the scene and drag them or modify them. Sadly, in Python, it is not possible. But it is in C++, and I will comment on how you can implement that.

But first, I suggest you download my code, as I will refer to it. It combines the routines of the following sections to allow picking and deleting voxels.

Interact with the Mouse

Usually, when I want to do something with Open3D, I look at the examples on their Read the Docs documentation. However, they also offer a Doxygen-based one for the C++ part of the library. … [Leggi il resto] 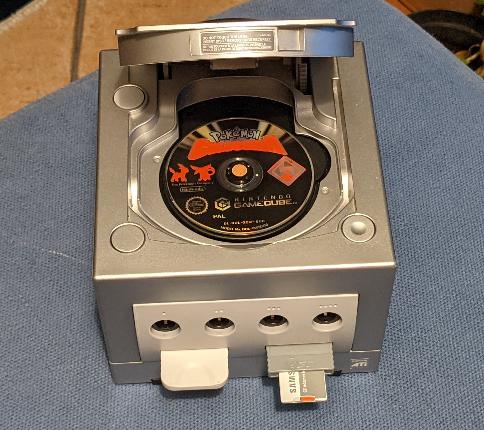 An obsession for half of my life

When I was a very little kid, my neighbor had a PlayStation One, and I wanted one as as well. I knew almost nothing about video games, I just thought they were cool. Then the PlayStation 2 came out, and I started wanting it.

So, after many years of requests, when I was like 8 or 9, on the Saturday before Christmas, my Dad took me and my syster to a shop close to our home… and we bought a GameCube. He liked a Logitech steering wheel that was for the GC, and, influenced by a shop assistant, we bought the bundle of a platinum GameCube with Mario Kart: Double Dash!!. … [Leggi il resto]